Imagine a super-fast, 3-handed sit & go format fast-paced action game of Poker, where you can buy in from Rs. 1 to 2,000. All Windfall tournaments give players a starting stack of 500 chips and each tournament will feature a prize pool that is randomly assigned and paying out between 2 and 3,000 times the amount of your buy-in. This multiplier is chosen at random before the play begins. 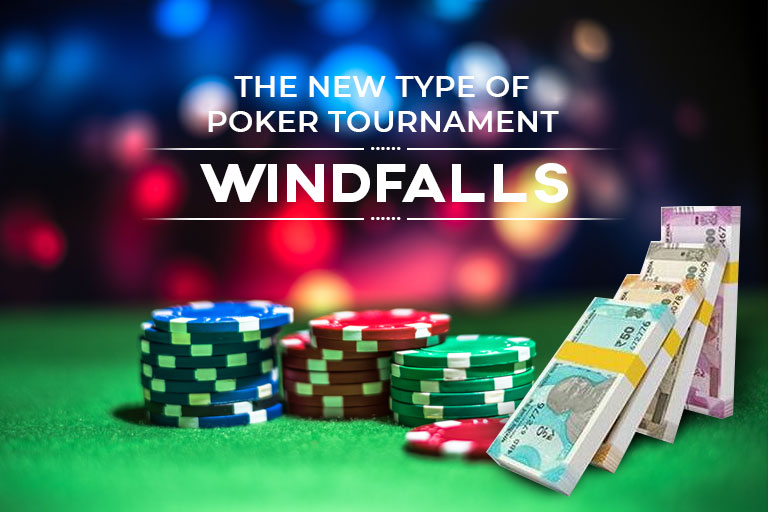 A player can register and play up to 4 tournaments simultaneously in Windfall. Just select the buy-in amount you wish and the number of tournaments, click the 'Register' and you're ready to go!

The play begins as soon as the third layer registers for the Windfall Tournament and a spinning wheel (located in the center of the table and visible to all players) will make a random draw to determine the size of the tournament prize pool. Once done, the first hand is dealt and the assigned Windfall prize is now up for grabs!

Example: Let's say, you decide to register for a Rs 100 Windfall tournament. Once two other players have registered, the prize pool is randomly assigned and announced to players before the first card is dealt. The first-place prize will be multiplied between two and 3,000 times your buy-in, meaning you could turn Rs 100 into between Rs 200 and Rs 300,000!