Poker is a game of skill that can be mastered only through experience and perseverance. Poker requires a high level of intelligence and mental competence that can be gained only by regular gameplay. Khelo365.com is the most trusted poker site in India, this is where you can sharpen your poker skills and master the game. Whether you are a fish (newcomer) or a shark (experienced player) going through these ground rules could always fine-tune you and your poker strategies to perform better. 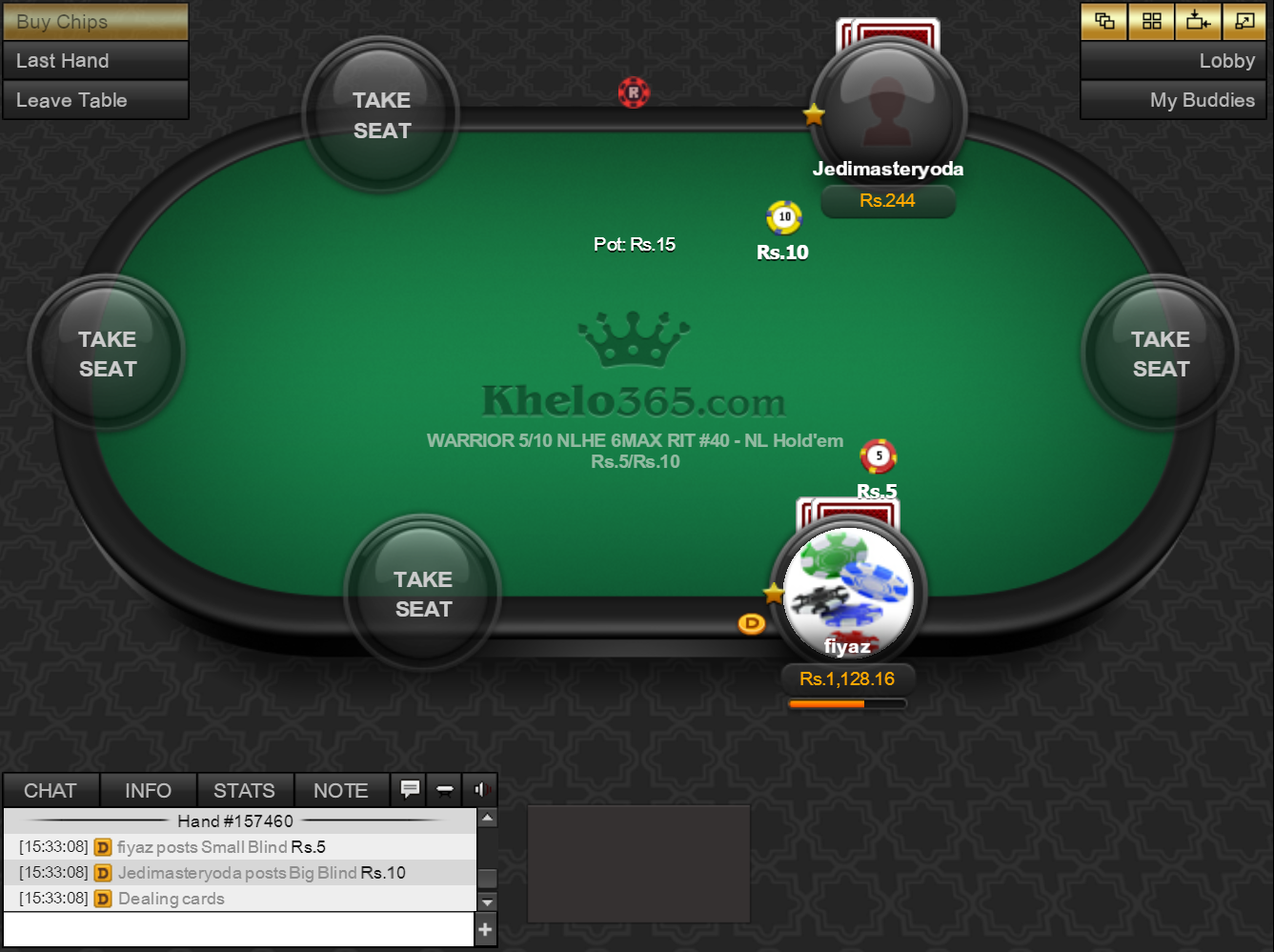 Texas Hold’em is a game of 52 cards deck that’s recognized to be the most popular variant in card games around the world. This online poker variant is played by 2 to 9 players, the game begins with two cards dealt face down called the “hole cards” that are private to each individual on the table. 5 cards are dealt face-up on the table which is common to all the players at the table, these 5 cards are called “the community cards”. Flop, Turn, and River is the three different stages where the community cards are revealed to all the players at the table. To win the pot, a player has to make the best possible five-card combination (according to the hand ranking) using the hole cards and the community cards.

The game is played in a series of 4 rounds, starting with the face-down hole cards. The action goes on clockwise from the small blind, who is located on the left of the dealer. Going through each round will allow us to learn the gameplay.

Texas Hold’em poker begins after each player gets their hole cards. The actions of the bet start with any one of the options from the call, raise, fold, and check that only one player can do at a time, based on their hole card strength. This betting goes in a clockwise direction starting from the player next to the big blind until all the players on the table have cast equal bets. A player can go all-in at any time of the game if the player is confident with his/her card strength.

After the first round, 3 of the community cards are dealt face-up, this is called the “flop cards”. The action of betting starts again in the same fashion as the first round with the active players based on the strength of their cards. In this round, the card strength is decided from the combination made of the 2 hole cards and the 3 flop cards equating it to the hand ranking. The active player can start the bet with the check as no bet will be raised before him.

The third round kick starts with a single card called “the turn” that is dealt face-up on the community cards. Following the same fashion as the other two rounds, the bets are made clockwise based on the combination of cards equating it to the hand ranking. Each round gives a new opportunity to come up with a better combination.

The River follows the turn, the fourth round begins with the last of the community cards which is termed the “River”. The betting is initiated once again in the same fashion as the other rounds, but this round defines the chance to win the pot as this is the last chance for every player to come up with the best combination of cards possible.

The game comes to an end with all the players revealing their cards, this time of the event is called the showdown in the game Texas Hold’em poker. The player with the best 5-card combination based on the hand ranking wins the pot.

The winner is awarded real cash in online poker, if there is more than one winner based on their hand ranking, the pot will be split equally. The dealer button moves to the next player on the left, and a new game starts.

The 4 options that the player can bet on in any round of Texas Hold’em:

With this, you will have sufficient knowledge on how to play Texas Hold’em poker online and the basic poker rules of the game Texas Hold’em then why wait? Kick-start the game on the most trusted poker site in India, Khelo365.com to win some amazing prize pools and great rewards!