WHAT IS HEADS-UP POKER?

Heads Up Poker can be referred to as the type of poker that is either played between two players only or it can also occur at tournaments and single table games after the elimination of every other player. Alternatively, heads-up poker may be performed on purpose, either in a cash game format, or as an SnG, where only two players play against each other, and the winner takes away all previously agreed amounts of money. 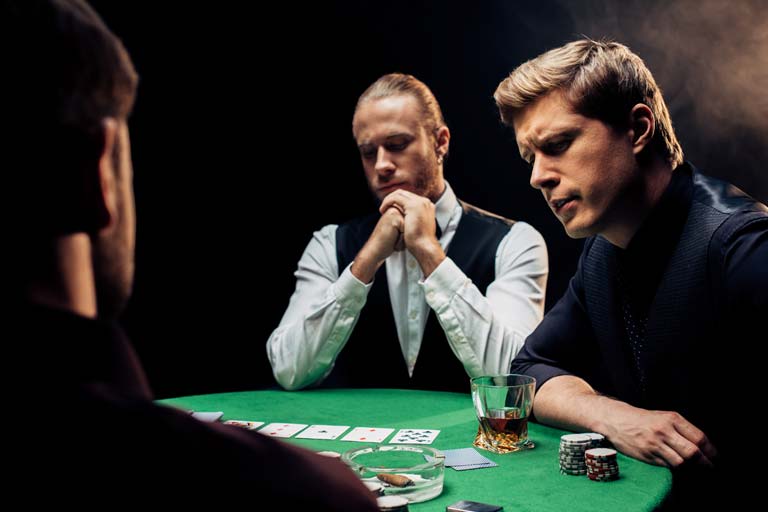 While it is obvious that many players often chose to play in a group of 5-6 players, it is also true that many poker players make the best of money by playing the “Heads Up Poker”. One of the main reasons why playing Heads Up is more popular is because of the potential it provides the players to be able to earn more as compared to a game of multi-players.

The game also makes use of the 'button blind' structure where every player posts an ante, and the player seated at the button position is the only one who posts a blind.

In other poker games, the players usually have to deal with several other players, and most of the time it becomes quite difficult to play with a mixture of skilled and non-skilled poker players. Whereas, in Heads Up Poker, the player has to deal with only one opponent which makes it easier to decide whether they want to stay in the game or walk away from that game and select a new opponent.

The advantage of playing Heads Up Poker is that you get to play aggressively since you only have one opponent to deal with. Here, your skills play a major role in winning the game rather than the cards you are dealt with. To be successful, the players have to be very refined in their poker skills.

In multiplayer games, the players usually do not find it comfortable to play with smaller pairs, but in Heads Up, if you are dealt with a pair then you have the highest chance of winning, and as such, you can play aggressively in such cases.

Heads Up Poker is mostly stressful and hard to predict if you are a novice player and your opponent might easily get to learn your play and hence lower your chances of winning the game.

In the early stages of Heads Up Poker, the player will have to try to understand their opponent’s play in the first few hands. If your opponent folds often to any raise then your chances of winning more are high since it is clear that your opponent isn’t so familiar with the strategies of the game. You will easily be able to tell when he/she has a good card since they will most likely try to raise more when the card is in their favor. That way you won’t have to lose much and continue with the game.

The player should focus on adjusting their strategy and beating their opponent. Many professional players chose to play Heads Up Poker because of the higher chances of win rate that the game provides to the players. If you are new to Heads Up Poker then you would first want to practice at home with your friends or family, that way you will be able to get more acquainted with the game and hence understand the strategies of the game.