Today, Poker is an international card game that is frantically played all around the globe with much, passion and fervor. The advent of online poker has eased the access for common man to try his hand in, the game. Because of the heavy stakes involved, more and more people are jumping into the poker online bandwagon every day. Also, in places like India, there is a serious shortage of brick-and-mortar casinos, with such being the case millions of player flock to online sites to have a share of poker.

One of the most essential pre-requisites to be successful in Poker is to gain mastery over poker rules. Poker rules are your building block or the foundation, upon which you are going to build your fort. So, it’s important you put extra effort on mastering the rules.

Betting is an intrinsic part of the game. During the course of the poker game, players would have to bet an amount based on the value of their hand cards. Before the distribution of cards, players are required to place an amount in the pot called as the ante to start off.

During every subsequent betting interval, or round, player has to make a bet. Player on the left has 3 options in front of him

The betting process is over when each player bets the same amount. After the final betting interval, there is a showdown which means players have to show their hands. The player with the best hand wins the pot.

A game of poker is played with any of these three betting limits: No Limit, Fixed Limit and Pot Limit. The first format which is universally followed allows the player to bet any amount he wants, even his whole stack of chips commonly referred as “All in” in online poker. In Fixed limit the betting is done with a predetermined raise amount and in Pot Limit the betting is capped by the limit of the pot amount.

There are two blinds in Texas Holdem and PLO – Big Blinds and Small Blinds These two are forced bets to pump in some action in the tables. Without forced bets, players would fold thereby rendering the action stale.

If you are playing at home, you need to determine what how much poker chips you must bring on to the table and how to distribute them evenly. For a poker game with Rs. 10/20 as big and small blinds respectively, you may need to bring in Rs. 10, Rs 25 and Rs. 1 chips.

Player must bring in enough chips in each denomination to carry on the game smoothly. For the most part, betting will be done with chips larger than the small blind.

Cards are dealt clockwise, 2 in Texas Holdem games face down. These are known as face cards and they must be used along with the community cards to make the best poker hands.

A round of Texas Holdem consists of a minimum of one and a maximum of 4 betting rounds. A hand gets over when all but one has folded or it gets down to the end of 4th betting round, with multiple players on the table with different hands. In this case, the player with the best hand among them wins the game.4 betting rounds, 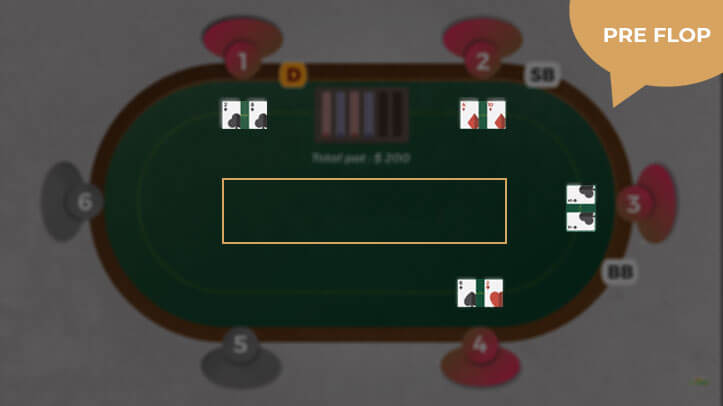 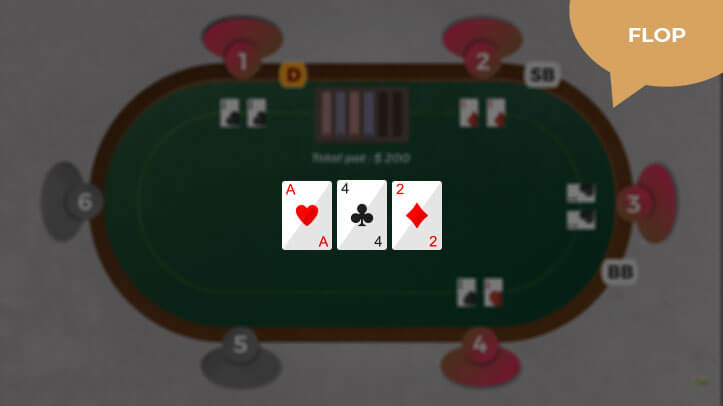 Once all bets are matched the game moves on the next round called as The Flop. Three community cards are dealt face up in the middle of the table. A new round of betting opens, with the player to the left of the dealer initiating the action. 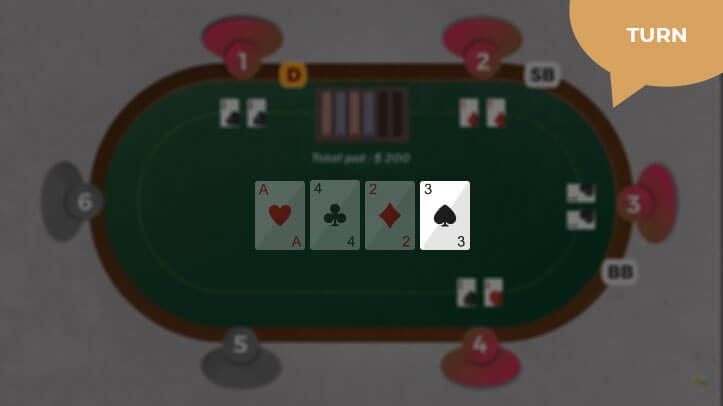 Once all the bets are matched during Flop, action moves to the next round called as the Turn The fourth community card is dealt. A new round of betting opens, directly to the left of the dealer. The betting process is similar to the Flop. 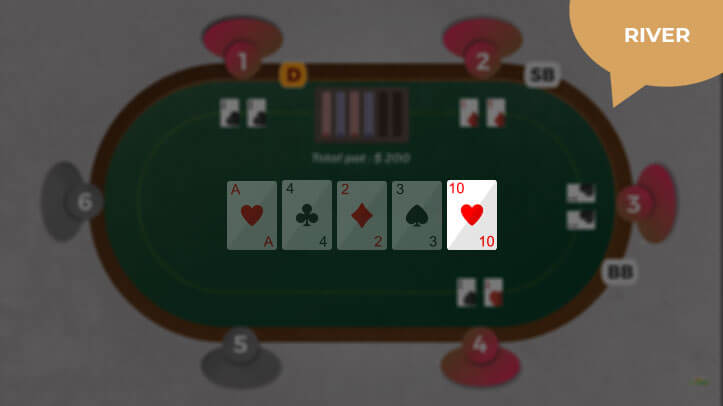 After all bets are matched during turn, a fifth community card is dealt and the action starts in what is known as the River Similar betting process starts with the player getting 3 course of action. 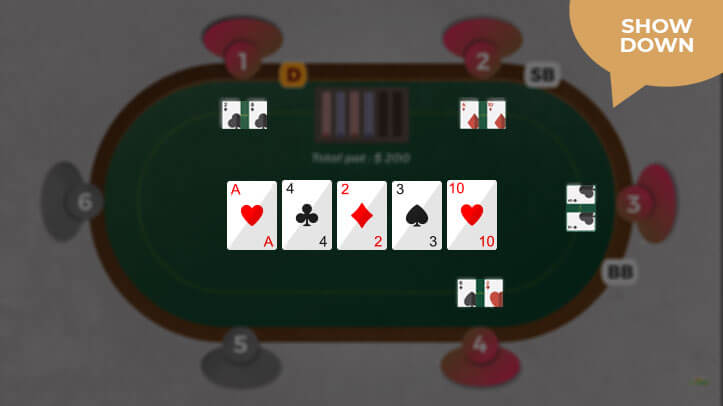 All players who match the bets get to this point of the game known as Showdown. The last player being the one who must show his cards. The player with the best hand among all the players gets the pot amount. The dealer moves one spot to the left and the new hand begins in the pre-flop stage.